0 ItemsCheckout
Categories
Pages
Home » Who We Are »

We are the Bush Warriors.

When I started Bush Warriors few years ago I though, that by telling the world the stories of how our wildlife is being systematically exterminated and on the brink of extinction, things would change. But as a novice getting into a new line of business, what I thought and what was really happening were two different realities. True enough that over the last three years Bush Warriors has touched over 4 million people and  awareness for poaching and wildlife extinction has  been  heightened. In fact the truth is that  we  do hear more about it then everyday, but unfortunately the challenge of keeping our wild animals alive in their natural habitat has been getting much harder. In fact some countries are at a loss as nature and wildlife crimes have been rated as the fourth largest crime arena globally after weapons, drugs and human trafficking. The big agencies in the space and governments are working very hard on the legislative side but unfortunately, on the ground our wildlife keeps on being slaughterd and taken advantage of.

I also realized that by showing the atrocities of wildlife crimes, the only thing that happens is that people are getting more and more upset, the media shows more of the same but still not much is getting done, in fact its been quite the opposite. More and more animals are being killed and the numbers keep on rising. Some of the statistics I get are just mind boggling. 100 Million Sharks  killed a year for their fins…… How can they reproduce and sustain a healthy population with such high death rate? Its impossible.  Three out of the five tiger sub species have already gone extinct and it is estimated that only 3500 actually live in the wild and who knows if this number is actually true, given that the places that they are allowed to roam free are so isolated,  we have no clue as to how many of these tigers are truly alive. Their habitat keeps on shrinking as well as heir food supply due to land  consolidation and sharing some of their food supplies with our fellow humans who share the same habitats. Whats more, when humans encroach on land that had been used by predators whether its in Africa, Asia or South America, may times their livestock is becoming and easy target and sure enough the predator finds itself as the hunted and when it comes to man or beast its always the man that comes first and many times at the cost of life of the beast.

With the recent rhino crisis that has escalated into a War in South Africa, we are trying a new approach. With the help of dedicated partners we have established the Bush Warriors Rhino Sanctuary. The purpose of this sanctuary is not only to create a safe haven for orphaned rhino calfs that are traumatized by their mother’s death. But more than that. What we aim to create is not only a  safe haven for rhinos that can roam freely and feel secure and ensure the future of the African rhino.

To support this project rather than take the usual route of grants and donations, which is a volatile model as your future always lies in the hand of the donors and the state of the global financial markets, we have decided to take a chapter out of some pioneers who we believe have created a sustainable business model to create a better world. EDUN for example was created by Ali Hewson, Bono and designer Rogan Gregory, to help bring about positive change in Africa through Fair trade a based relationship rather than by direct aid. Tom’s Shoes which was founded by Blake Mycoskie after a visit to Argentina.  When Toms sells a pair of shoes, a pair of shoes is given to an impoverished child, and when Toms sells a pair of eyewear, part of the profit is used to save or restore the eyesight for people in developing countries.

Lets start something that matters…. At BushWarriors.com  our commitment is to bring you cool, usefull and good looking produst that you can wear, enjoy and share with the world. By purchasing our products  your money makes an immediate impcat of the furture of our worlds wildlife… 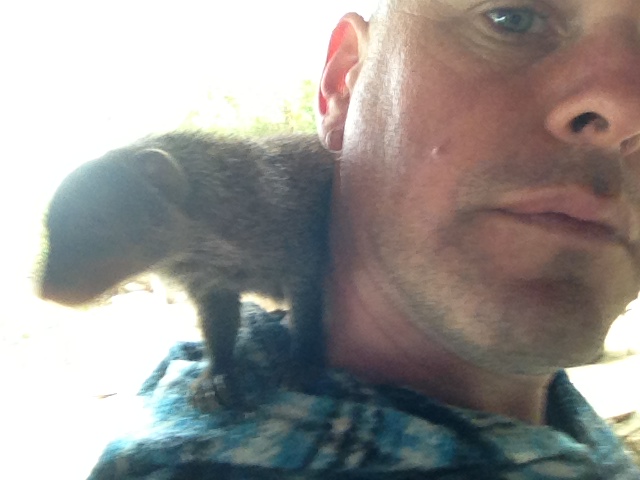 The Rhino Sanctuary we Support- VIDEOS